Warning: A non-numeric value encountered in /nfs/c08/h04/mnt/126524/domains/straightlacedfilm.org/html/wp-content/themes/Divi/functions.php on line 5806

Why We Made This Film

A Message From Director Debra Chasnoff 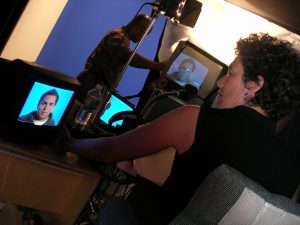 We started working on Straightlaced when my oldest son was 16. I was deeply affected by the subtle, hard-to-discuss ways that I saw him and his friends trying to make sense of the messages they were getting—from the media, their schools and often their families—about how men are supposed to be.

Young men are boxed in from every direction. By middle school, most have found that the pressure to prove their masculinity and the threat of being labeled gay have constricted what little space they have to figure out who they are. By high school that vise gets tightened even more.

Being a man requires demonstrating that you aren’t weak—which, in turn, demands that you not be perceived as doing anything considered “female,” which really means that you can’t be seen as homosexual. It’s all connected, yet there are very few opportunities today for youth to deconstruct these equations or to develop critical thinking about these deeply held cultural norms.

For girls, coming of age isn’t much better. From the constant bombardment of advertising images about what women are supposed to look like, to the pressures to dumb down in order to get a guy, the family and cultural conflicts over how girls are supposed to act, or the unspoken line between being too sexual and not sexual enough, becoming a woman clearly comes with an expected script as well.

Much of the film and educational work that has been done to date on gender and sexuality issues has focused on the struggles of youth who identify as lesbian, gay, bisexual, transgender or questioning (LGBTQ). Less attention has been paid to how all youth—and all adults—regardless of sexual orientation, are deeply affected by homophobia and gender pressures. We hope that Straightlaced begins to fill that void. 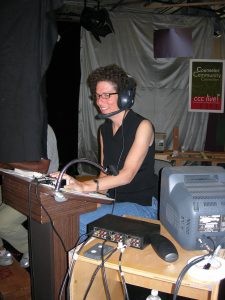 To create the film, producer Sue Chen and I visited many high schools. In each classroom we would introduce ourselves by saying, “We are making a documentary about what it’s like to be in high school and the pressures that students face just because they are male or female. Would anyone like to speak with us?”

Whether we were in an urban public school, a rural community, or a private school, the response was essentially the same. Hands shot up and students waited patiently for their 15-minute private meeting with us to talk about their experiences, their fears, their frustrations, and their triumphs.

From hundreds of those initial conversations, we selected the 50-plus students who appear in the film. We told them we would use only the parts of their interviews in which they told us the truth—and to just be themselves. And they did just that.

We hope you will use Straightlaced to: